Home > Monitoring > Fines and imprisonment for fake vaccination certificates, the workload of the Supreme Court, and a Cabinet reshuffle

Status: adopted in the first reading.

Who is affected: law enforcement agencies, medics, and Ukrainian citizens.

Why this is important: Ukraine had a problem with fake vaccination certificates for a long time. Even before the COVID-19 pandemic, many Ukrainians bought certificates, for example, for their children to be allowed in kindergartens or schools. Today the problem became even more pressing because many Ukrainians do not want to get vaccinated against the COVID-19 and without vaccination certificates they face many inconveniences: cannot travel abroad or receive some of the services provided by the state and even private businesses. As a result, the demand for fake certificates significantly increased, so MPs decided to introduce more severe penalties for forgery.

What is right: more severe penalties for issuing and using fake vaccination certificates are necessary for maintaining public safety. In particular, the bill will help to counter the spread of the coronavirus.

What’s next: MPs can propose amendments before the second reading.

Status: adopted in the first reading.

Who is affected: the Kyiv District Administrative Court, the Supreme Court, the Cabinet, ministers, and other central executive bodies.

Why this is important: the Kyiv District Administrative Court (KDAC) addresses cases against the Cabinet, ministries, and other central executive bodies situated in Kyiv. In recent years, judges of the KDAC were involved in a number of scandals and allegations of corruption. Court’s reputation undermines the trust in the objectivity and impartiality of its decisions. Moreover, no allegedly corrupt judges were held responsible. Conflicts between the KDAC and the executive branch can result in serious problems for government bodies.

What is right: there will be less risk of the KDAC’s interference with the work of government bodies by making biased decisions.

Who is affected: Ukrainian citizens, the Cabinet, ministries, other government bodies, military units.

What is right: the Verkhovna Rada has appointed a civilian as Minister of Defense. This complies with NATO member states’ best practices.

What is wrong: frequent reshuffles in the Cabinet disrupt the work of the ministries and make it difficult to develop and implement state policies in a consistent manner. Also, frequent changes in the Cabinet are a sign of the inability of the parliamentary majority to properly form the executive branch. 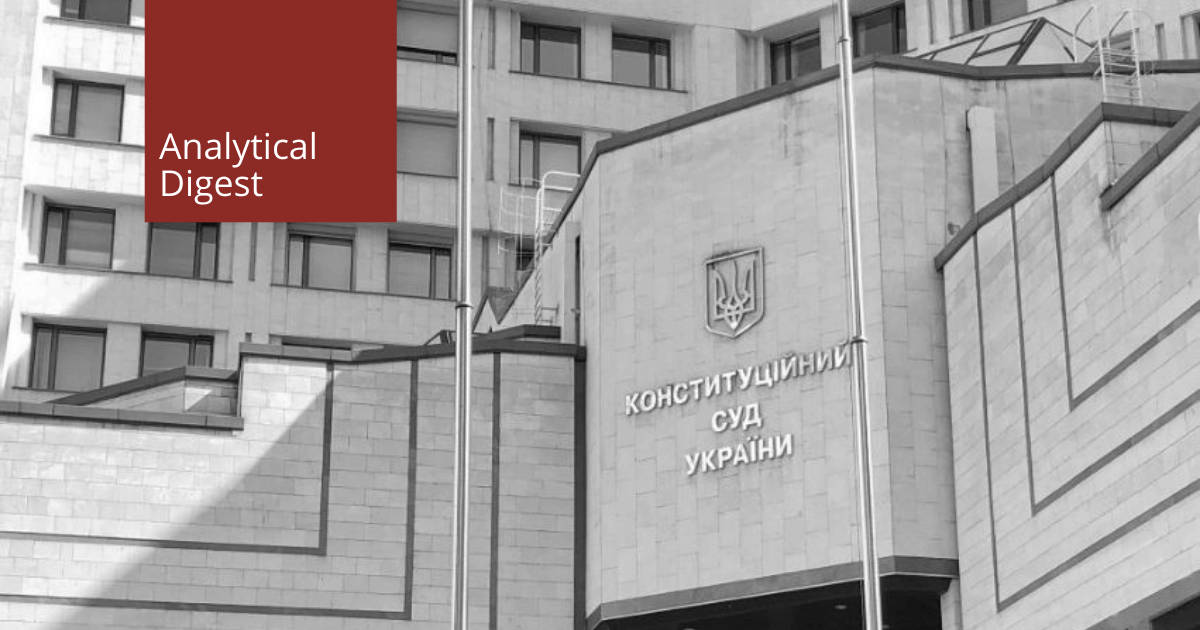 The Revolution of Dignity made clear that the Law on the city of Kyiv should be changed. In 2010, this… Verkhovna Rada online broadcasts volumes of information but sometimes it is hard to interpret it. In today’s digest, we will…