Zelensky imposed sanctions against Russian oligarchs while MPs want to introduce exams on the history and Constitution of Ukraine as a requirement for acquiring Ukrainian citizenship.

Status: passed as a law. The bill awaits to be signed by the Speaker of the Parliament and the President of Ukraine.

In addition, the bill provisions that in 2022 money from the government budget will also be allocated to provide subventions for local budgets to compensate for tariff rates difference on centralized water supply and sewage services.

What is right: the bill defines how the money received from the confiscation of property owned by Russia and its residents will be used. This money will be spent on solving housing, economic, infrastructure, and social problems of the country and its citizens.

Alternative solution: to refrain from making the parliamentary committee responsible for approving the allotment of the money from the Fund.

Additional information: according to Yaroslav Zhelezniak, the revenue projection of the Fund for 2022 is ₴20 billion.

Sanctions against Russian oligarchs and collaborators

Decision-maker: the President of Ukraine.

Who is affected: persons and enterprises targeted by sanctions, the President, the National Security and Defense Council, the Security Service of Ukraine, the National Agency on Corruption Prevention, the Cabinet, and law enforcement agencies.

Status: adopted in the first reading. MPs still have time to amend the shortcomings of the bill.

Who is affected: foreigners and stateless persons who want to acquire Ukrainian citizenship, the State Migration Service of Ukraine.

What is right: a stronger connection between a person who wants to acquire Ukrainian citizenship and Ukraine. Such a person will have enough knowledge to become a part of Ukrainian society politically.

What is wrong: the decision to grant or not to grant Ukrainian citizenship is made by the President. A mere law cannot restrict presidential powers when it comes to political decisions like granting citizenship to Vadym Novynskyi or Mikheil Saakashvili disregarding all the procedures. 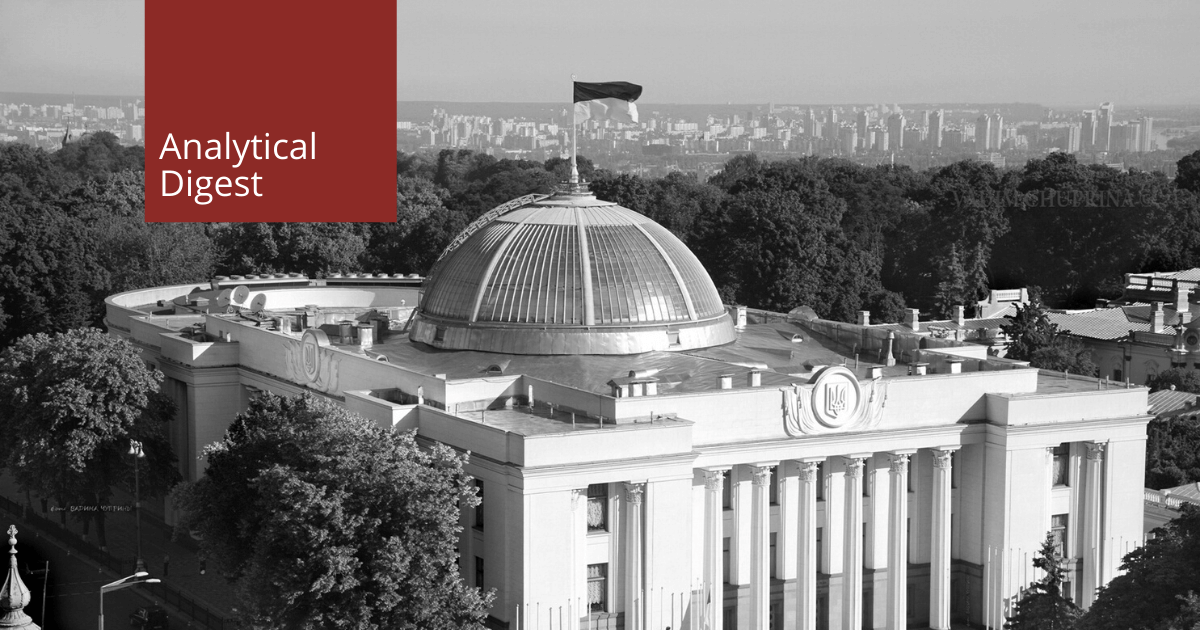