Home > Local elections 2020 > Who should you choose, my Kyiv: election platforms of local politicians

Author: Oleh Savychuck, analyst of the Centre of United Action

Local elections are a chance for everyone. For political parties from the parliamentary majority — a chance to become influential in local politics, for opposition — to build a stronghold for the next parliamentary election, for citizens — to fundamentally change the way their cities are governed. Thus, it is not a surprise that in the hope to get more votes some political actors make impossible promises just to please the voters. That is especially true when it comes to issues of special concern for Ukrainians: education, healthcare, transportation, roads, public utilities, and social security.

To help the voters in assessing political promises, we have analyzed election platforms of political parties and candidates for mayors that have, according to the polls, the best chances to win. That includes: 1) political parties European Solidarity, Opposition Platform — For Life, Holos, Servant of the People, and UDAR, 2) mayoral candidates Iryna Vereshchuk (Servant of the People), Vitalii Klychko (UDAR), and Serhii Prytula (Holos). All three mayoral candidates have published their election platforms.

An election platform is the only official document that gives an opportunity to check how serious are politicians about their promises and whether they understand what powers do local governments have.

In comparison to other cities, Kyiv has the best results in education. In 2018, the city spent ₴ 25.9 thousand per pupil, in 2019 — ₴ 31.1 thousand (the highest number throughout Ukraine). Results of External independent evaluation are also impressive: 140 points average for three core school disciplines. So how politicians propose to maintain these results and solve the problem of overcrowded kindergartens and schools?

UDAR wants to build at least 10 kindergartens and 5 schools annually, renovate and (as needed) construct new educational facilities. Servant of the People wants to ensure better maintenance of educational facilities and construct new kindergartens taking into account the number of children at the moment and population growth estimates. Opposition Platform — For Life wants to allow parents to choose the language of education, repair schools, and provide schools with up-to-date equipment.

According to the law, a city government can develop a network of educational establishments, build or liquidate kindergartens, schools, universities, provide an extra payment to teachers, give monetary incentives to pupils, etc. On the other hand, candidates for local councils cannot promise to change the language of education because it is defined by a national policy.

Holos is going to renovate and build schools and kindergartens and stop cosmetic repairs at the expense of parents, ensure inclusiveness in every educational establishment. European solidarity wants to promote competition between providers of educational services, gradually introduce inclusive education, and provide municipal stipends for higher education for school graduates with the best External independent evaluation scores.

One of the largest shares from Kyiv’s budget is spent on healthcare. Kyiv city council spends on healthcare ₴3,495 per person annually — more than any other city in Ukraine. According to the evaluation of complex special-purpose city programs on healthcare conducted by the Centre of United Actions, though, Kyiv got only 2.5 points out of 4.

Holos proposes to ensure transparency of healthcare funding and proper control over budget money spendings on upgrading the medical infrastructure. European solidarity promises to introduce electronic queues in all healthcare establishments, launch a unified database with comprehensive information about every patient, and provide assistance for vulnerable people in getting medical supplies.

Servant of the People wants to launch and implement a five-year program on emergency first aid that will include the procurement of special equipment to counter pandemics and provide urgent medical aid to Kyiv inhabitants. UDAR plans to continue implementing healthcare infrastructure projects, reconstruct, and (as needed) build new healthcare facilities. Opposition Platform — For Life prepares to prevent the liquidation of hospitals, layoffs of medical personnel, and protect medics from “the healthcare reform.”

Serhii Prytula wants to increase the accessibility of medical help, ensure financial transparency and control over healthcare public procurements. Vitalii Klychko prepares to protect Kyiv inhabitants from the coronavirus and its consequences, to advocate a better-funded state-guaranteed medical help. Iryna Vereshchuk promises to increase medical infrastructure funding and to increase medical personnel salaries by 30 to 50%, upgrade the fleet of ambulances, and control prices on medical supplies.

It is important to remember that the state, not local governments, pays salaries to medical personnel via the National Health Service. The same applies to prices on medical supplies: local governments have nothing to do with them, only the Anti-Monopoly Committee and customers can influence pharmacies’ pricing. The city, though, has the authority to develop its network of medical establishments, pay an extra charge to doctors, buy medical supplies and equipment for hospitals.

Recent events in Brovary, where some “business circles” used guns instead of law when dividing the market of public transportation, are indicative of how serious the problems in this sphere are. In Kyiv, there are many illegal public transportations routes that no one deals with for decades, UberShuttle works legally, but is not, actually, a route taxi service, the subway is overcrowded and works at its limits. The pandemic has demonstrated that there is not enough public transportation to meet the needs of the city.

Kyiv, unfortunately, does not have a complex special-purpose program on transport infrastructure, but in 2019 Kyiv city council allocated transport infrastructure the largest share of the budget: 15.3%. The city also has the best fleet of construction vehicles that build new roads, repair old ones, clear snow and clean the streets. Inhabitants of Kyiv, though, are mostly neutral about the issue. 30% of inhabitants consider city roads awful or bad, 29% — fine or excellent, 33% — of average quality.

Iryna Vereshchuk plans to demarcate separate lanes for public transport on main roads of the capital and start the construction of a Kyiv bypass highway. Vitalii Klychko promises to repair the Paton Bridge, finish the construction of the Podilskyi Bridge, construct new subway stations to reach Troieshchyna and Vynohradar. Serhii Prytula wants to create a network of bicycle routes and cooperate with the oblast council on preparing and implementing a joint plan for developing the network of arterial roads.

As we can see, politicians pay a lot of attention to a bypass highway and road infrastructure development. The city has the authority to take care of its roads. To that end, it can build or repair roads, ramps, pavements, arterial roads, interblock passages, etc.

Housing and public utilities are a problem in Kyiv. On the one hand, according to the evaluation of purpose-specific city programs conducted by the Centre of United Actions Kyiv has received 4 out of 4 points, i.e. the best result possible. On the other hand, the city council allocated only near 10% of its budget on housing and public utilities in 2018-2019. Per citizen, it is only ₴1,264.

Holos promises to ensure control over the quality and prices of all public utilities, implement a program to renovate residential houses. European solidarity promises to support the program of renovating microdistricts with old residential houses and boost the process of creating housing cooperatives. Opposition Platform — For Life prepares to spend budget funds on modern infrastructure and modernization of public utility networks: water and heat supply, electricity, and gas.

Serhii Prytula proposes to modernize the infrastructure of water supply, sewerage, heat supply, and make Kyiv a leader in waste recycling and utilization. Iryna Vereshchuk prepares to create a special program of affordable social housing, Vitalii Klychko — to solve the problem of dilapidated housing and prevent the construction of skyscrapers in the center of Kyiv.

It is important to remember that housing and public utilities are mostly under the control of local governments. They are responsible for developing and implementing policies on waste management, heat supply and sewerage networks, they can create and own communal companies responsible for municipal improvement. On the other hand, cities are not always able to set tariff rates on some utilities, for example, natural gas or heat.

To help those in need, Kyiv spends a relatively small share of its budget — 5%. On the other hand, the total amount of money spent on benefits for city inhabitants is impressive — ₴4 bln. The city provides aid for over 700 hundred thousand persons. For its social security policy, Kyiv has received 3.5 out of 4 points according to the evaluation conducted by the Centre of United Actions.

Servant of the People promises to enhance social security for Kyiv pensioners, persons with disabilities, Chornobyl cleanup veterans, war veterans, vulnerable families, and orphans. UDAR wants to prolong the program of supporting citizens in need that was introduced during the lockdown. European solidarity has not included issues of social security in its election platform.

The law gives local governments the freedom to provide targeted aid from local budgets, implement social programs, help people in need in other ways. Therefore, promises made by candidates and parties can be fulfilled within the authority of a local government.

Instead of a conclusion

Local elections are no less important than presidential or parliamentary elections. Local governments can oppose ill-conceived initiatives from Bankova, publicly criticize them, and even make the President recall them. This has happened with the presidential initiatives on decentralization: Volodymyr Zelensky had to recall his draft bills twice under pressure from local governments.

One of the few means for the voters to check if their candidates are really going to develop the community instead of making empty promises (like a promise to speed up Ukrainian integration into the EU or NATO by a local council’s resolution) is to check their election platforms.

If you want to know what exactly parties and mayoral candidates promise for your city, please check the online tool by the Centre of United Actions.

On the eve of the elections: trends1. Decentralization has made mayors very powerful and increased communities’ budgets. Voters do not… Fight for the capital or, local election…

Kostiantyn Shokalo, Mariia Kvitsinska, analysts of the Centre of United Action, for LB.uaLess than two weeks left until the local… 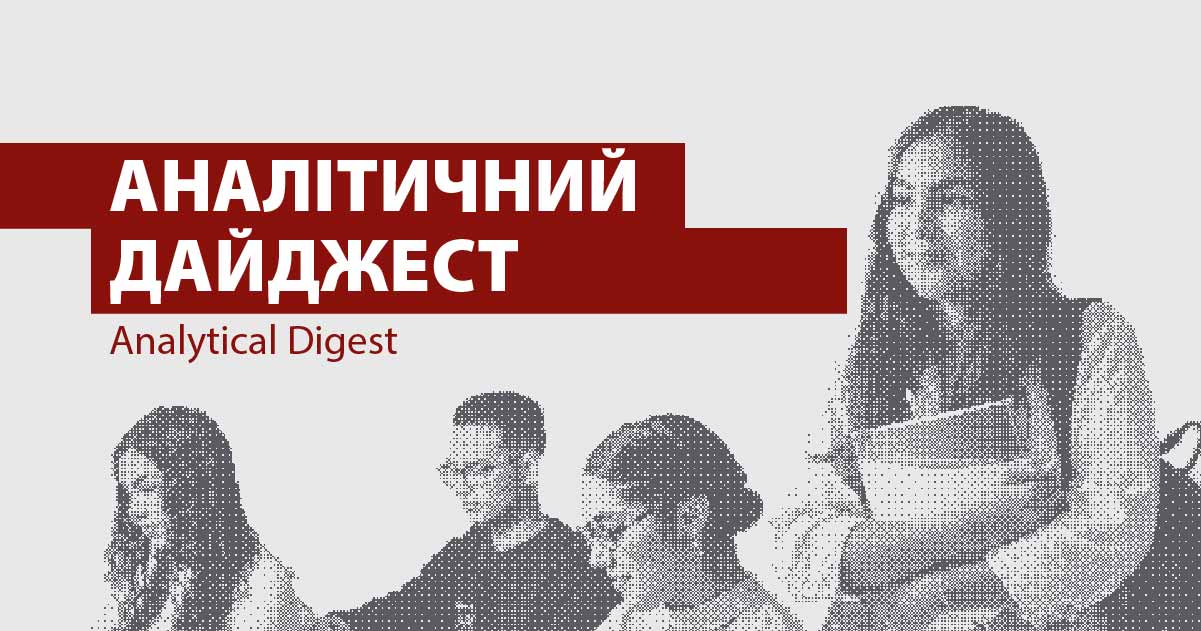