Actions of the Ukrainian Authorities in Minsk are Anti-State 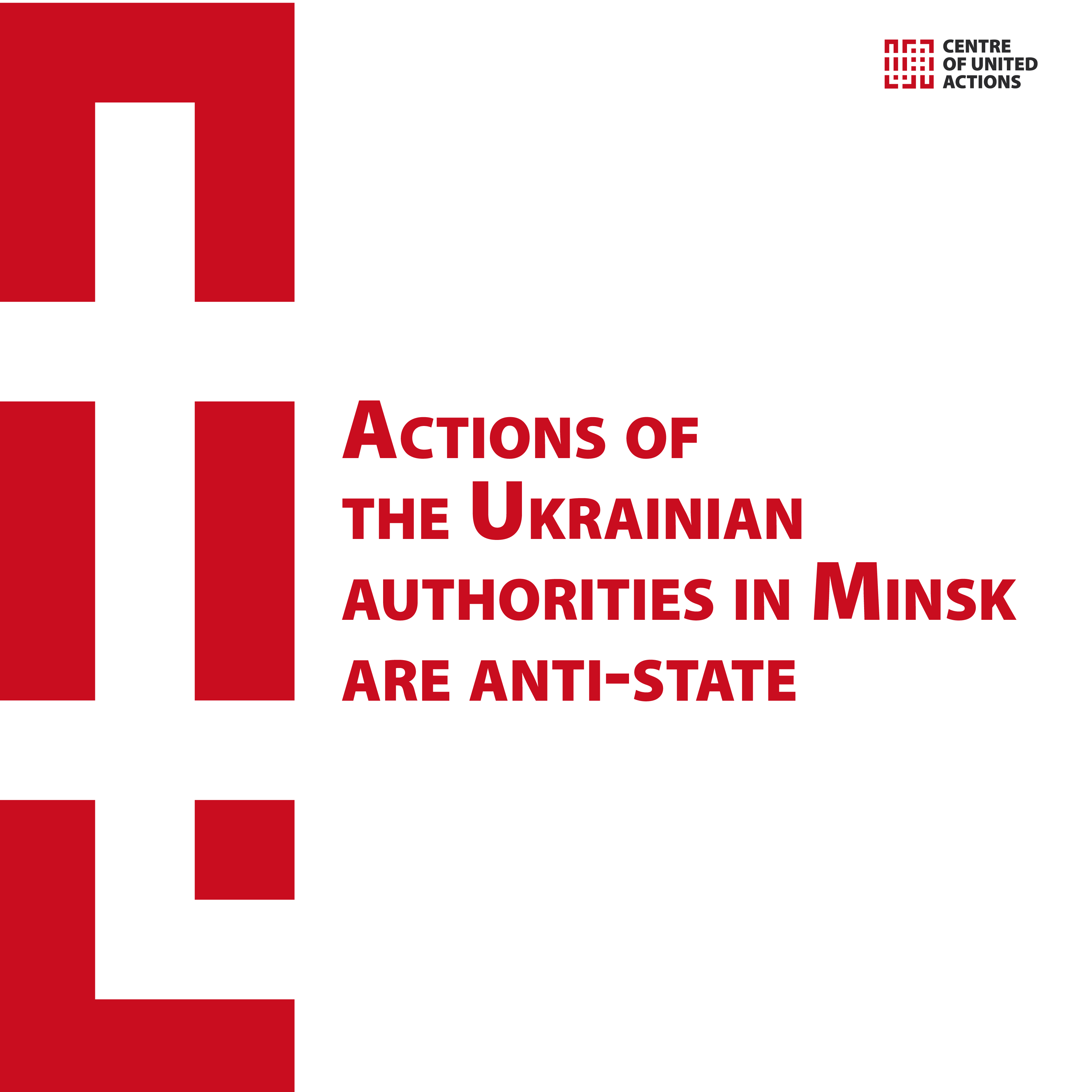 We are filled with indignation at the creation of an advisory council with the stooges of Russia, which aims at developing political and legal solutions on conflict resolution and conducting elections in the occupied territories. This decision was supported by representatives of the President of Ukraine Volodymyr Zelensky.

Creation of this kind of body is a step towards legalizing the power of the invaders both in the legal field of Ukraine and in the eyes of the international community. We want to point out that this step is not the first of such a kind. Since the conclusion of the first Minsk agreements at the end of August 2014, hostile stooges have been actual participants in the negotiation process in Minsk. This itself gives them subjectivity.

At the same time, Russia plays the role of mediator-peacekeeper, while systematically pursuing a policy of waiving its responsibility for armed aggression against Ukraine, for occupation of our territories, for war crimes committed against Ukrainian prisoners of war and civilians in areas of hostilities and occupation.

This is not the first case of the creeping legalization of the invaders, which in fact is evidenced by the minutes of the meeting of the so-called Tripartite Contact Group, which, in particular, creates the aforementioned advisory council. The document was also signed by the "authorized representatives of certain regions of Donetsk and Luhansk regions". So the creeping legalization of enemy stooges is the Minsk Protocol itself, not just one of its documents.

Moreover, announcing the Minsk Protocol the only option for ending the war, Ukraine reiterates the regrettable experience of Moldova, which at one time also entered negotiations with Russia and allowed the occupation authorities of Transnistria to be legalized in its legal field. Such a step did not in any way bring it closer to restoring its sovereignty, but rather revitalized the occupation, relieved Russia of the responsibility, and brought the process of freeing the country to a deadlock.

As a non-governmental organization aimed at building a strong democracy in Ukraine, we cannot stand aside the processes that threaten the very existence of our state. Therefore, we urge the authorities to suspend any contact with the Kremlin's stooges and to negotiate with Russia as an aggressor and a party to the conflict solely through the mediation of Western partners.

We urge representatives of non-governmental organizations, think tanks, mass media, trade unions and all citizens of Ukraine to disseminate this statement at their own communication sites (websites, blogs, accounts in social networks) signed by their own signature. The worst-case scenario that is unfolding in front of our eyes can only be stopped by the widespread publicity.